This reclaimed parquet flooring in chevron or Hungarian Point pattern is one of the most classic French parquets. This type of flooring is particularly elegant, characteristic for example in French chateaux and 19th century Haussmann era Parisian apartments. Frequently in oak, chevron parquet has angles typically cut to 45° but sometimes less. It is an esthetic choice. Reclaimed herringbone flooring is generally requires re-calibration in order to obtain a uniform “fit” when being re-installed. Hungarian Point “chevron” parquet flooring was originally “hidden nailed” down to battens or joists, but nowadays is often installed glued to a sub-floor. There is a variation of the chevron pattern, called “Fougères” which features separation strips between the friezes. For over 20 years the BCA team have been reclaiming parquet such as chevron, versailles parquet flooring, upgrading it for re-use in our workshops in NW France. Thanks to our team and machining facilities we are able to meet different customer requirements, such as length, width and thickness of the boards.

French oak herringbone flooring is close in size to chevron (Hungarian Point), with the striking difference being that the pieces are arranged at right angles to one another, rather than an angle such as 45°. This gives a rectangular geometrical aspect to the room.

Our herringbone stocks are usually in oak but other woods are sometimes availably. The widths from different reclaimed wood floors can vary, so options for re-installing include either re-milling completely, or recalibrating on underside and edges but retaining the upper surface’s antique patina. Like all natural parquet floors, reclaimed herringbone parquet flooring can take the usual variety of applied finishes depending on the desired result. At BCA Matériaux Anciens, our reclaimed wood flooring have been upgraded (if required) by a team of highly experienced professionals. When stocks permit, we are able to supply adapted to length, width and thickness requirements 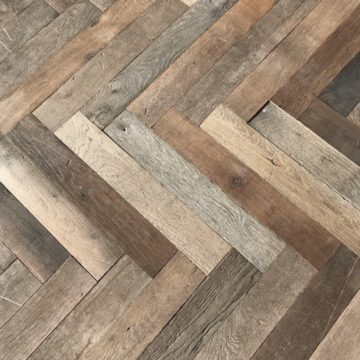 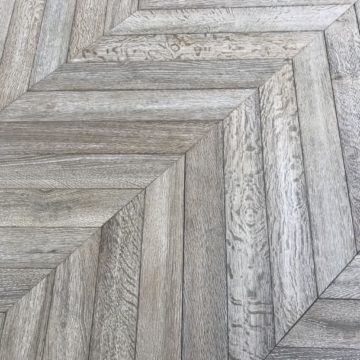 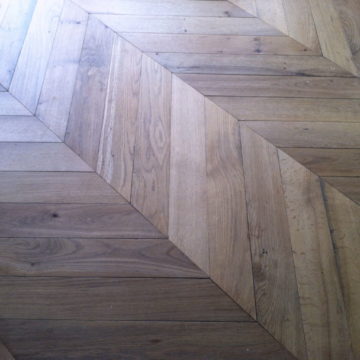 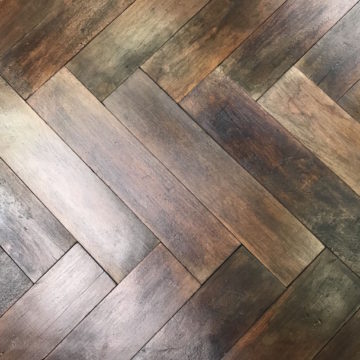 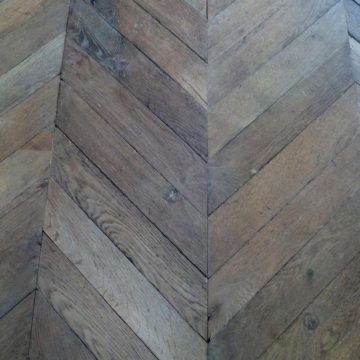 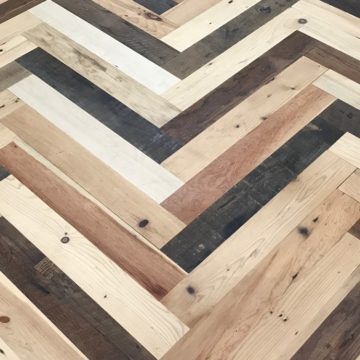 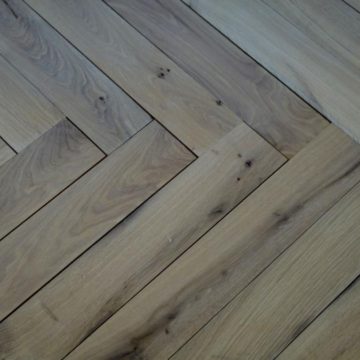