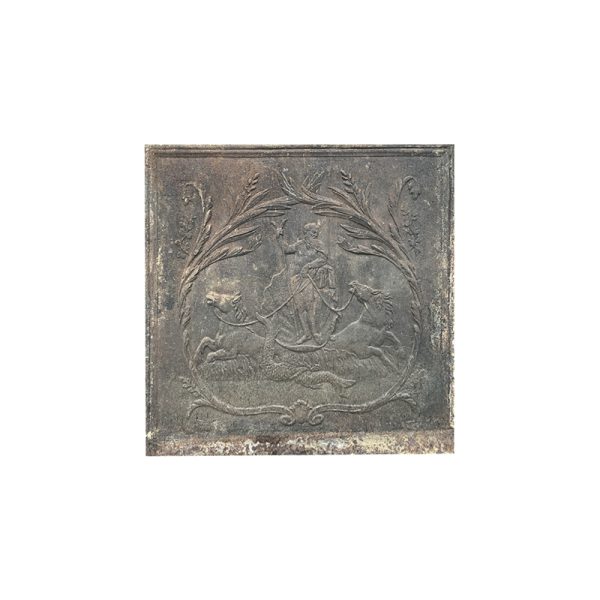 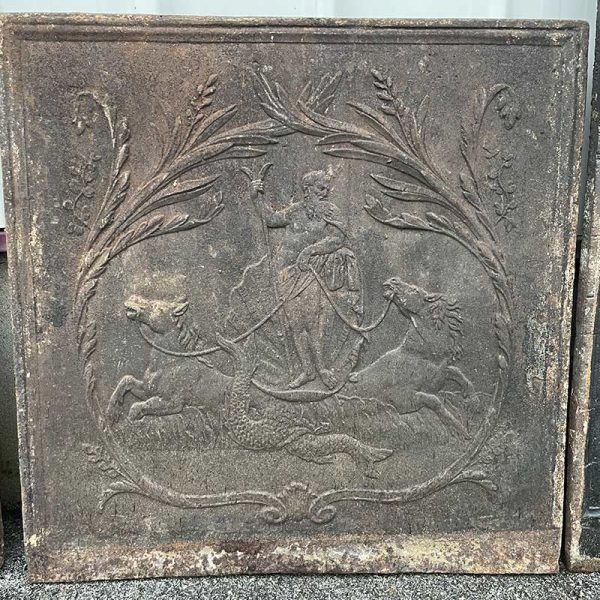 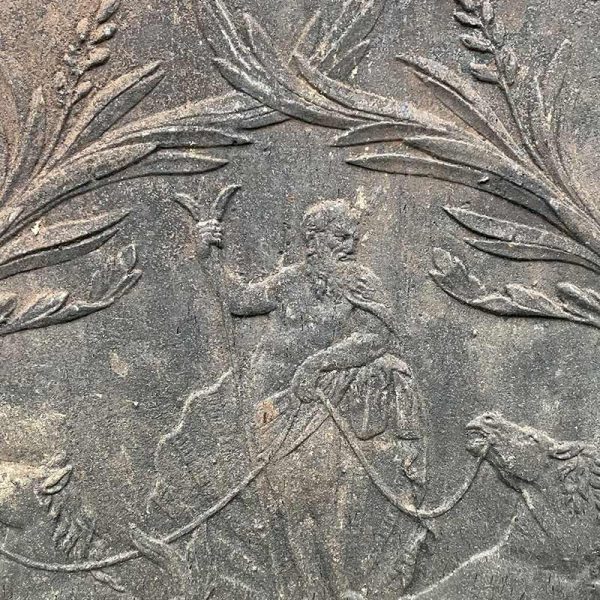 Antique fireback depicting Neptune or Poseidon : In Roman religion Neptune (Latin Neptunus) was originally the god of fresh water. However by 399 BC we learn that Neptune was identified with the Greek god Poseidon and consequently became a deity of the sea. Neptune had a temple in the Circus Flaminius in Rome, and one of its features was a sculptured group of marine deities headed by Poseidon and Thetis. In art Neptune appears as the Greek god Poseidon, whose attributes are the trident and the dolphin. Also known as Neptunus Equester, he was recognized as a god of horses and horsemanship, as well as patron of horse racing, a popular form of entertainment for the ancient Romans. Poseidon controlled earthquakes and was associated with horses and horsemanship as well. In some sources, he was even referred to as Hippios, meaning “horse lord”.

Getting back to the subject of this fireback, we can see that the foundry artist who created this antique fireback so long ago (18th century ?) clearly wanted all the appropriate symbols such as the trident, dolphins AND horses represented around Neptune-Poseidon standing proud in a giant clam shell !

Receive a quote
Share on PinterestSave on Houzz
Similar products 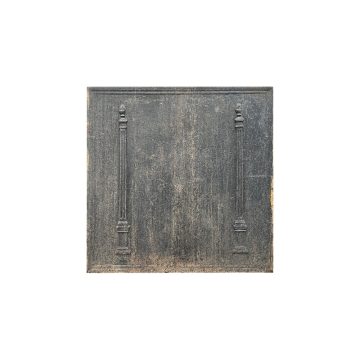 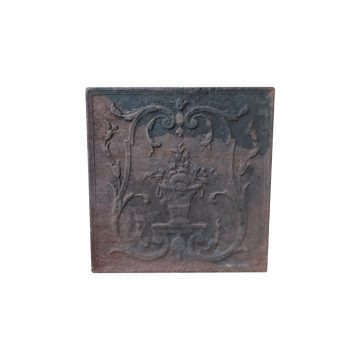 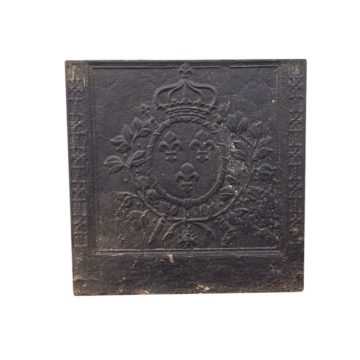 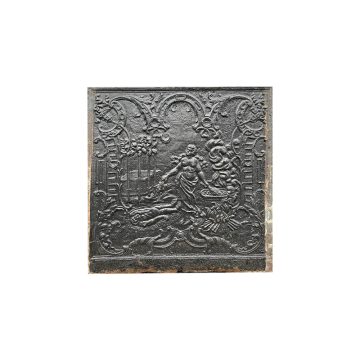